There are a lot of reasons why people want a multiple monitor setup in their workstation but a common truth shared by all these reasons is easy multi-tasking.

Using multiple monitors affords you the ease and flexibility to effortlessly navigate through numerous windows with a large screen real estate on your computer monitor.

Getting a computer monitor that is suitable for a multiple monitor setup is just a starting point because they need to be powered by a computer that supports multiple displays. Also, you will probably want to check out the best multi-monitor stands after you grab those.

Without further ado, let’s dive in!

Our Top 3 Picks For The Best Computer For Multiple Monitors 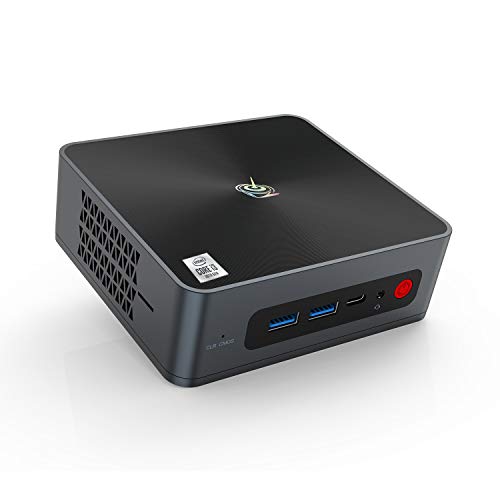 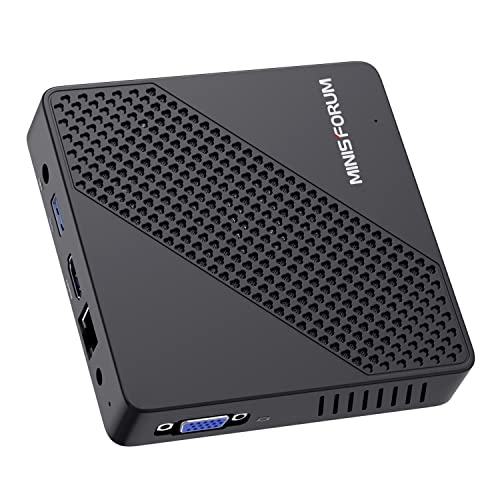 This computer is built to cater to a triple display with features designed to provide an enjoyable multitasking experience on a triple monitor setup.  It supports a 4k visual resolution with each monitor resolution transmitted at 60hz per frame.

It is powered by a tenth generation Intel Ice Lake Core i3-1005G1 processor that is well equipped to deliver excellent performance with speed and fluidity. It also has a preinstalled Windows 10 64bits operating system that provides a smooth and friendly user interface for easy multitasking with each monitor.

Despite its small form factor, it integrates a large storage capacity in its 8Gb DDR4 RAM that can be easily upgraded to a 64Gb and an NVMe graphics card with 2T SSD that functions at 1900MB/S.

Its cooling system features a dual F6 heat pipe that is connected to an ultra-quiet fan that functions at a maximum speed of 4500RPM, and a heat-conducting plate that is highly efficient in reducing the temperature, and noise by monitoring it and automatically adjusting the fan speed according to the work intensity to maintain a quiet, efficient, and high-performance working environment.

Other features with which this computer is equipped to include Bluetooth 5.0, Wi-Fi 6.0, and gigabit Ethernet that supports a transmission speed of up to 2400Mbps, a micro SD card reader, two HDMI ports, a Type C port, and a VESA wall mount pattern.

The Acepc computer is built with an Intel Celeron Apollo Lake J3455 Processor that performs excellently at multitasking to provide a smooth sail on multiple applications that are being run simultaneously on each of its dual monitors.

It features a pre-installed Windows 10 Pro 64bit that makes it highly suitable for office needs and other activities that require intense and lag-free multitasking.

Its support for a dual monitor display is aided by two high definition 4k HDMI output and 6Gb DDR3 RAM, 64Gb of onboard storage, and a 120Gb mSATA SSD of up to 2TB storage capacity that provides ample storage facility for all the installed applications to perform excellently on both monitors with any form of lag.

It also has a wall-mountable design and an automatic power-on option that eliminates the need to manually power back the computer after a power outage.

Computer fans can be noisy and very disturbing and if you can’t cope with this, then you should opt for a fanless computer. Although this computer is not built with fans, it has a well-perforated case that serves as an air cooling system for the computer.

The Coohun mini-computer is built with an integrated Intel UHD Graphics 600 that supports dual monitors with a 4k display resolution at 60Hz via it’s HDMI and VGA ports. This feature makes it a preferred choice for its noiseless output while powering two monitors.

Its operating system is powered by a pre-installed  Windows 10 that supports easy multitasking with its friendly user interface that is designed to promote the smooth operation of each application on the computer. This computer also features a built-in 4Gb DDR4/ 64Gb eMMC, 2TB SATA, with Intel Celeron processor N4000 that has a memory speed of up to 2.60GHz.

This mini-computer is equipped with a mounting bracket that makes it easy to fix in space-saving designs.  It supports a 2.4G/5.8G band Wi-Fi 4.2, Bluetooth 4.2, three USB 3.0 ports, a microphone/headphone jack, and an SD card slot that to expand its storage capacity.

Getting a computer that supports multiple displays can be tiring because of this basic feature, and  I thought it wise to help you by making available the best three computers that support multiple monitor displays.

The wonderful thing about these computers is that they are all affordable and highly efficient with great features to provide a lag-free session on each monitor display.

Multiple monitor displays are gradually becoming a preferred mounting style both for gamers and office workers but not every computer can support it.

Hopefully, your search was made easy with these three pocket-friendly options that have been presented to you. In the circumstances where you still want to search for more options, you’ll find them on Amazon.com.

Best Single Board Computer For Gaming