Computers fans are originally built to provide ventilation to the computer while it works, and so far, they’ve been doing a good job of keeping the computer hardware from overheating.

A computer fan’s speed should be controlled to be proportional to the task being executed, and this is possible through a fan controller. If your computer’s internal fans have been functioning without a fan controller, then you should level up and take advantage of the benefits of using a fan controller.

Our Top 3 Picks For The Best Fan Controllers 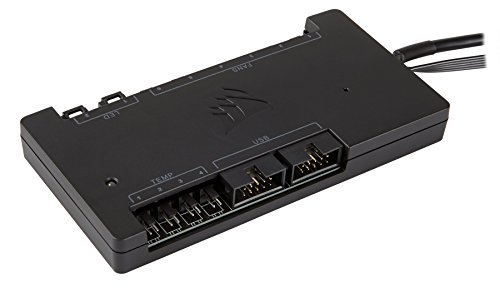 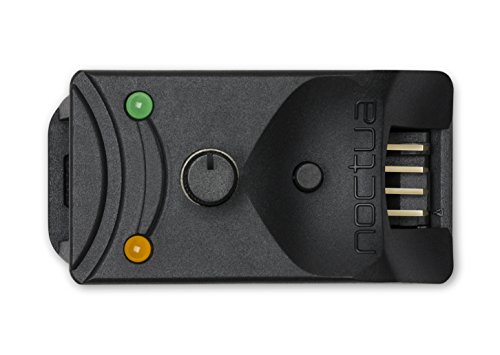 With the Corsair Commander Pro, you do not just get an authentic hardware control with a compact, all-in-one device. You get software that is compatible with all Corsair devices as well as the fan controller.

The Corsair iCue software that functions with this fan controller makes it easy to control up to six three-pin DC or four-pin PWM  fans with voltage and PWM control that operates at zero RPM for total silence, four repositionable temperature control sensors that allow for easy and systematic monitoring of the computer’s temperature and two RGB lighting channels that adorn your computer with ambient and colorful lights.

The Corsair Commander Pro also features two USB 2.0 internal headers that allow for easy connection with internal USB devices. All its features are engineered to automatically adjust and monitor fan speeds and RGB lightings according to the computer’s temperature on a single user interface without the use of manual knobs and switches. It also comes with an adhesive backing that makes it easy to install

The NA-FC1 is built to support up 4-pin PWM fans that can manually function independently and also work in tandem with the automatic motherboard fan control. It also features a three-way split cable and a power supply adaptor that can effectively control up to three fans.

It employs a speed control dial that allows users to either manually set a PWM duty cycle from 0 to 100%, or reduce the PWM  duty cycle that is normally supplied by the computer’s mother for the fans to function at a slower pace than what the usual automatic motherboard fan control would allow.

The fan speed is also regulated by a push button that allows the controller to be switched below to a “no stop” mode which prevents the fan from operating below a speed of 300rpm, regardless of the speed setting and the input PWM duty cycle from the motherboard to avoid BIOS fan errors.

The NA-FC1 fan controller is a highly effective, and reliable solution for controlling fan speed, and it comes with a 6- year manufacturer’s warranty.

Thermaltake is a well-known name among computer pros and their first-ever touch screen fan controller was built with the best hands that employ only the best features for the best user experience.

The Thermaltake Commander FT employs an expansive 5.5  touch screen surface that provides easy and smooth interaction for auto, manual, performance, and silent modes for systematic control of the fan and its performance. The auto manual and auto adjustment mode function on a thermal sensor controller, and it also be user-customized for ease of use.

It supports a three-pin and four-pin fan connector, fits in a 5.25” single bay, and comes with the necessary cables for five fan connectors that employ ten watts of power each.

There are different types of fan controllers that are built to offer similar functions but the way they go about it highlights their differences. This article contains the best three fan controllers that employ different methods in Controlling fan speed and temperature but they share a similarity in durability, functionality, and high-performance features that makes them suitable for the job.

A fan controller offers more control over the temperature and noise of the fan while it delivers ventilation to the PC components. It is a more efficient way of modifying fan speed and ensuring the longevity of the computer’s internal fans.

I hope that this article was helpful in your search for a computer fan controller, and if you still want to look at more options before settling for any, you’ll find lots of them on Amazon.com.