Thinking of gaming on a TV instead of a monitor eh? You’re not alone, but there are things to consider.

Input lag is the amount of time in which a screen received a signal and the display updates. Computer games are time-focused when the input lag is low. It ranges between 15 to 80 ms for TVs, so keep that in mind. The best TV for gaming is the TVs that have 4K resolution and HDR contrast and color. 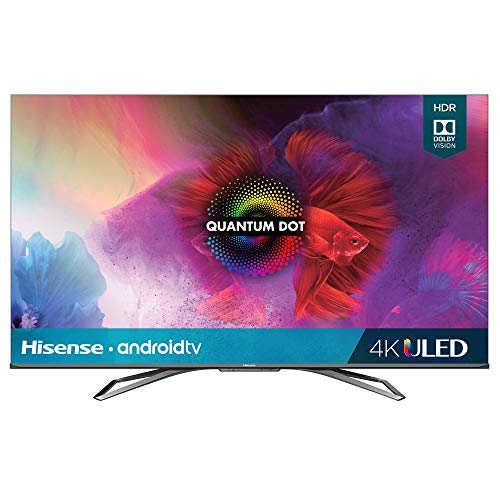 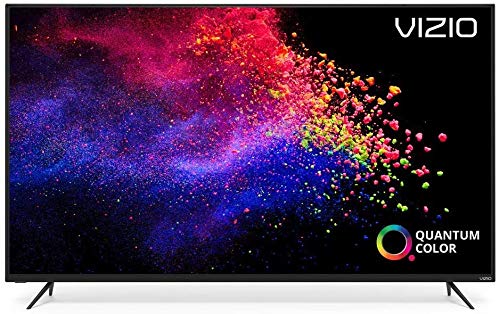 It is bezel-free on three sides with a thin silver chrome trim separating the glass from the edge and a silver bezel along the bottom. At the center of the bottom, the bezel is a remote control sensor, microphones on and off switch.

This TV can also be controlled by using an Android TV remote app on the mobile phone. It supports google assistant voice commands. It has a screenless mode that allows the viewer to use the TV to control other google assistant smart home devices like thermostats, it also works when the TV is off. It can also be linked to an Amazon Alexa account.

It is a quantum dot TV with 3840 by 2160 pixels resolution. It uses Hisense’s ULED technology with a native 120Hz panel and offers a maximum of 480Hz motion rate and still supports HDR in Dolby Vision and HDR10. When set to the theater day mode, it produced an input lag of 204.5ms which very high for gaming.

When set to the gaming mode, the input lag is at 16.4ms which 8s below the normal 20ms threshold which is why it is recommended that games should go for lag-free gaming.

The TCL 65Q825 is one of the 8 – series of 4K LED TVs. The sides a d top of the screen are framed by a 3mm bezel with the bottom edge highlighted by a 0.9-inch gunmetal strip.

The screen is 0.6 inches thick and can expand with the plastic enclosure that holds all of the ports. All its ports and connections are on the backside of the TV which has four HDMI ports, one ARC – compatible port, a USB port, an Ethernet port, a composite video input, an optical audio output, a 3.5 mm audio output, and an antenna or cable connector.

It has a standard Roku voice remote and features a pinhole microphone. It uses the Roku tv platform for its interface and connected features and works as if it is an in-built 4K Roku streamer. It displays HDR content and supports HDR10, Hybrid Log-Gamma, and Dolby vision.

Turning on the game mode improves the number at the expense of picture quality and cut input lag to 11.3ms and when the game mode is disabled it shows a lag of 128. 6 ms.

The Vizio M – Series Quantum TV has a wide color gamut and low input lag. It is ab HDR-compatible 4K tv with quantum dot technology. It offers a gaming mode with low input lag and a strong set of connected features.

All its ports are on the right side of the TV. Does it have two HDMI ports, an RCA composite input, a USB 2.0 port face? An Ethernet port, optical and RCA audio outputs, and an antenna connector. It provides access to streaming services. It supports HDR content and compatible with HDR10, HDR 10×, HLG, and Dolby vision. It is a compelling tv for gamers.

The first televisions allowed viewers to access a large selection of TV channels but thanks to technology, television has become digital where the viewers can make use of applications through TV by customizing tastes and choosing, e.g. smart TV. There is also internet TV which allows viewers to use a computer or phone to watch television programs.

TV for gaming is responsive television with low input lag that can difference between winning and losing whether it is a Playstation 5 or Xbox series or another game console.

Console gamers use a gamepad to play the game console that is connected to the tv. The biggest factor in determining a tv for gaming is the picture quality that is the contrast and colors.

The Hisense 55H9G Quatum series is the best tv for gaming considering it is a 65 – inch Quatum dot tv that delivers superb colors, sharp 4K video and uses 180 local dimming zones to produce a bright picture with a good black level. It offers variety of Android streaming applications and uses embedded microphones for hands – free voice control of the TV and any installed google assistant home devices.

It provides an excellent six-figure contrast ratio and superb color accuracy which makes it the perfect gaming TV for gamers. It delivers a peak brightness reading of 437.757cd/m^2 using a 100 % white field and a reading of 1146.921 when using an 18% white field.

The dark level reading of 0.013cd/m^2 works out on an 88224:1 contrast ratio. When it is put in theater mode the local dimming shines and measured a 1492.606cd/m^2 peak brightness with a 124383: 1 contrast ratio. The fact that this TV is budget-friendly with all its features makes it more attractive for gamers. To see more options, visit Amazon.com

Move OS From HDD To SSD