The best microphone for streaming and gaming will be different for each of us, but the quality is something we should all strive for. The microphones attached to the best computer gaming headsets will often suffice for gaming, but if you want crystal clear vocals for streaming or podcasting then operating the best standalone microphone is a must.

USB microphones have become more prevalent of late, so there are loads to choose from. XLR mics still offer the best flexibility, however, they tend to come with a not-so-flexible price tag, and are more difficult to set up than USB mics (most likely requiring some external interface). So right now it seems a wiser choice to go with a USB mic.

Our Top 3 Picks for Best USB Microphone For Streaming 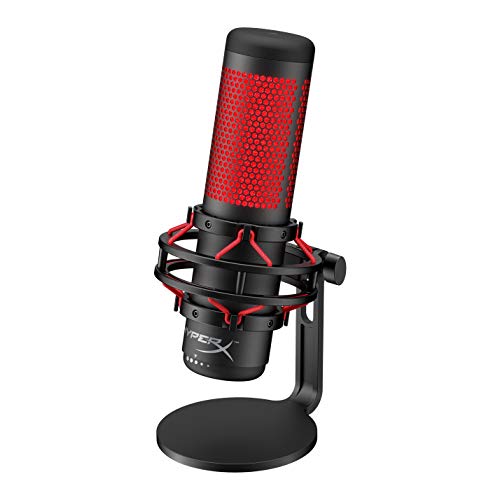 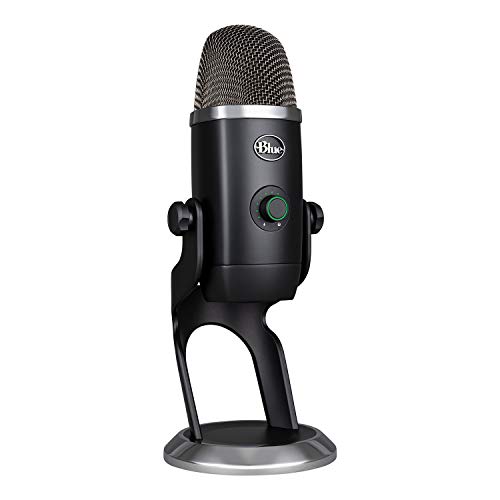 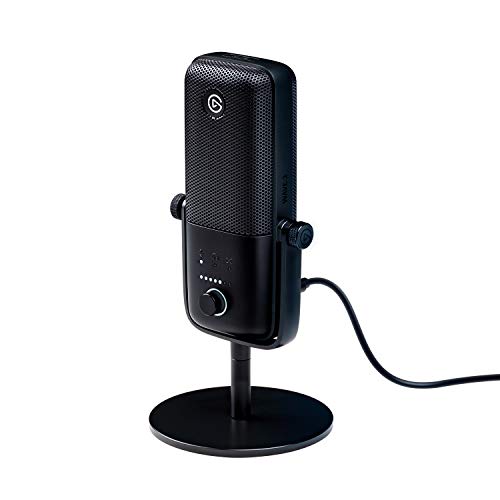 The HyperX Quadcast USB Gaming Mic is known for its signature red design and heavy-duty stature, making it easily one of the coolest looking microphones on the market, with the pro model offering RGB lighting effects, allowing it to fit right in with the gaming community (we all know gamers love RGB Lighting on their gear).

This all-inclusive standalone microphone was built for streamers, gamers, and podcasters, with compatibility for the PlayStation, PC, and macOS, and is as simple to use as any other USB microphones on the modern market.

The Quantcast is one of the best USB microphones we’ve found for streaming thanks to its excellent audio quality and its long list of well-implemented features.

There are four recording modes on offer and a physical gain dial, allowing the mic to be adapted for one audio source or multiple voices with ease. Being able to mute your audio quickly can be indispensable, and the tap-to-mute system – accompanied by the entire microphone dimming – is the best implementation we’ve seen.

The only real drawbacks are that the LED lighting isn’t optional and the default stand is a little short, so using a proper boom arm or another mount is recommended.

When it comes to streaming and podcasting, the Blue Yeti series is perhaps the most popular microphone in the world. Whether plunked down on a desk to be held aloft by its chunky stand or held in place on a strong boom arm, the Yeti provides strong audio quality for a range of use cases thanks to its four different recording patterns: cardioid, stereo, omnidirectional and bidirectional. The inclusion of a 3.5mm headphone jack means you can also plug in headphones to monitor exactly what the mic is hearing.

The Yeti X is the latest edition and includes a new LED volume meter and multi-function control knob right up front, making it easy to adjust the gain to dial in the perfect levels on the fly.

On the software side of things, the Blue Voice section in the Logitech G Hub includes plenty of options for adjusting tone and removing annoying sonic artifacts, including presets from popular streamers. Overall, the Yeti X is a solid improvement over the standard Yeti and even comes in a special World of WarCraft edition, but if you’re working to a budget the original model is still worth considering.

The popularity of the Blue Yeti has also seemingly spurred the development of microphones that offer a very similar feature set and audio quality at a lower price.

This mic is also a virtual mixer, thanks to the Wave Link software which allows you to adjust the mix of the mic and up to eight additional audio channels.

This is great for streaming because it makes it dead-simple to make sure your game audio, your subscriber alerts, your music, and anything else running on your PC or Mac sounds properly balanced. This also integrates into the Elgato Stream Deck – either the physical devices or the phone apps – so you can control your audio settings while streaming with a tap, which is neat.

Even if you don’t need the mixing features, the Wave 3 also performs well as a straight-up USB mic. One of the big reasons for this is the inclusion of a “Clipguard” feature, which effectively swaps the standard recording channel for one 20dB lower if the mic detects clipping.

Both channels run all the time, so swapping between the two sounds natural and it eliminates a common pitfall for streamers. There’s still a 3.5mm jack on the back for zero-latency monitoring, which is always nice to have, and the Wave 3 is powered by USB-C.

While the software experience is best-in-class, the Wave 3’s hardware has been developed cleverly too. A single dial on the front can be pressed in to switch between adjusting gain, headphone volume and the mic/PC mix, while a capacitive sensor on the top allows for a one-tap mute (indicated with a clear red LED). There are no different capture patterns here, as on the Blue Yeti, but for recording a single person’s speech this is no problem.

Consider where you’re going to be using your microphone, and for what purpose, way before you purchase. If you’re just going to use your single mic at your PC, then a USB microphone is ideal – it’s plug and play, with no extra equipment needed. If you’re just starting out, USB is the way to go. The USB mics mentioned above will work pretty much out of the box on Windows, macOS and PS4.

They are many different USB microphones on the market to suit a wide range of uses. The Elgato Wave: 3 is best for gamers who stream and podcasters who want a mic that sounds good out of the box with little tinkering necessary.

I recommend Elegato 3 because of its fair price, mixer capability, and free blending software. Overall, the Wave 3 is a great-sounding USB mic that is easy to use and offers some intriguing possibilities for streaming thanks to its anti-clipping and audio mixing features. To see similar products, visit Amazon.com

Best USB Microphone For Voice Over